If you are a football fan and you missed the Manchester Derby yesterday, i really feel bad for you. You missed out on a real banger of a game. A 5 goal thriller that was packed with action , drama, intrigue, Mind games etc. The stage was set, City were 16 points ahead of their city Rivals and looking to go 19 points clear which would surely have been Unassailable. The current 13 points still is a mountain to climb but the Title celebration have to be kept on hold for a while. The game was made all the more intriguing following Guardiola’s pre-match claim that Paul Pogba was offered to him in the January transfer window but he declined. Much has been said of Paul Pogba and Mourinho’s break down of relationship but no one would have guessed it had reached the point of him wanting to leave. The mind games factory was in full flow and the objective was clearly to destabilize United prior to the clash.

Jose Mourinho the much villified “Special One” did one over Guardiola the Purist last night.

City will still go on to lift the title eventually, but the damage has been done after surrendering this advantage.

Chris Smalling, at fault when he failed to get near Vincent Kompany for the opener, scored United’s winner after 69 minutes.

It was a breathtaking comeback.

Pogba, picked on by Pep when he claimed City could have signed him in January, scored after 53 and 55 minutes.

Give his lamentable performance opening 45, it was a wonder he was still out there when the 2nd half began.

But shockingly, Pogba went from first half plodder to second half sensation, As Mancity Collapsed.

They lost 3-0 at Liverpool and it was supposed to be a one-off, something that happens in this glorious game from time to time. 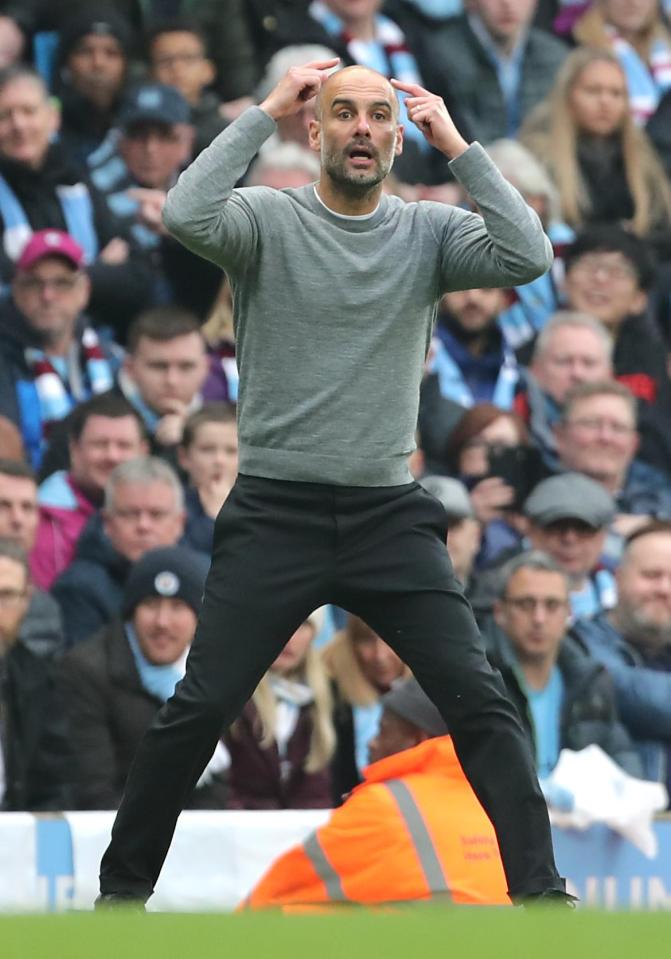 Guardiola could not beleive his eyes

Surrendering a 2-0 lead at home to Manchester United, on this day of all days shows an inherent mental weakness that cant be ignored.

It will take some explaining.

City were blitzing their great rivals, with Kompany and Ilkay Gundogan sending them into a commanding 2-0 lead after just 30 minutes.

City were battering them in the first half, with cries of “ole” bouncing off the Etihad stands 39 minutes in.

They really should have been ahead by more, Guardiola’s hand on his head with every chance missed was testimony to this. The plan was to settle this title with 6 games to go. And it was looking on course.

But it was all set to go awry, as a rejuvenated Pogba rattled them at the start of the second half.

Raheem sterling would not be high in the popularity books of City fans after missing 2 sitters which would have made the game 4-0 in the 1st half but the bigger picture is Manchester City’s meltdown as a team.

They allowed Pogba to get United back into it, reading Ander Herrera’s clever chested ball into his path to beat City keeper Ederson from close range.

After that, City fell apart.

Pogba got his second, with Alexis Sanchez picking out the midfielder with a peach of a chip after 55 minutes.

The United man finished it in front of his own fans, celebrating the equaliser stopped City winning the title at the Etihad. 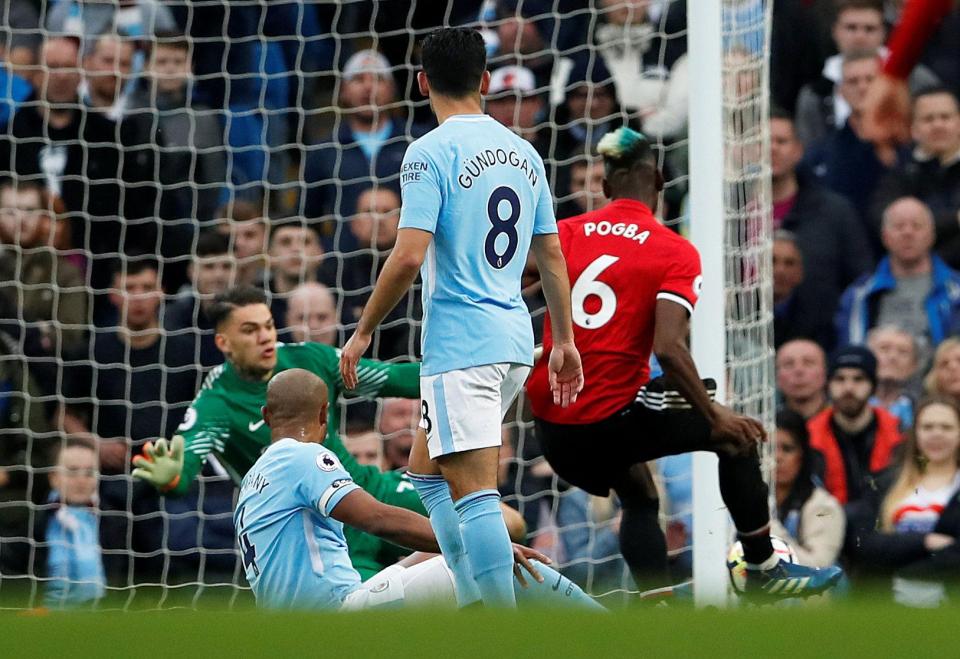 To Guardiola’s credit he went up to Pogba at the final whistle, putting the bad blood to bed after this spectacular collapse.

By then it was United’s day.

Smalling had been at fault, failing to get anywhere near Kompany when he put City in front 25 minutes in the 1sthalf.

But he made up for it with the winner.

Sanchez sent it into him, another inviting cross that was steered beyond Ederson with a clever, stooping finish.

City looked so good in that first half, with Pep’s players returning to their spell-binding, bewitching best.

By the time Gundogan put them two goals to the good, rolling Nemanja Matic inside the area before planting his shot beyond David De Gea, they were saving their legs for Liverpool.

Raheem Sterling, restored to the starting line up after missing out against Liverpool, fluffed two big chances.

He was twice clean through, clearing United’s defence before spooning uncharacteristic efforts over De Gea’s crossbar.

It did not seem to matter at the time.

City were closing in on the title with six games to spare, hurting Mourinho and his players with every pass across the pitch.

Kompany, scoring a carbon copy of the goal he powered into the net when he set up City for the 2012 title win, put them in front.

It was a throwback goal, a trip down memory lane for the fans who watched City win their first title under Roberto Mancini. But if by the 1st half they thought the game was won, they were wrong.

City have been Humbled but this is just a bit of what can happen in this league.